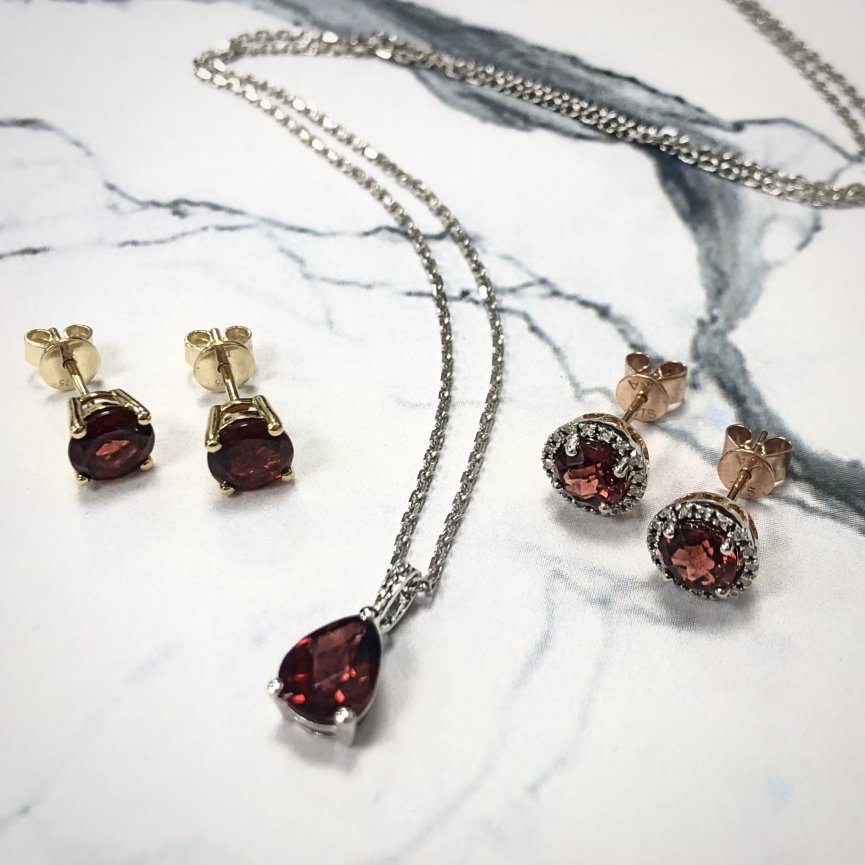 A new year means a new time to sparkle! January is a fresh start for all of us, and those lucky enough to have a birthday in January have the beautiful birthstone of Garnet.

The associations of this extremely popular gemstone are numerous: it is the birthstone for January; associated with the astrological signs of both Aquarius and Leo; and is also the recommended gift for both the 2nd and 6th wedding anniversaries.
Garnet occurs in a kaleidoscope of natural colours including red, orange, yellow, green, purple, brown, black, pink and colourless.

Garnet is steeped in history; it can be dated as far back as 3500BC, as it was discovered in a necklace uncovered in Egypt on the neck of a mummified body. Its name is derived from the Latin word “granatus” as it is similar in shape to the seed of a pomegranate. Incidentally, in Greek mythology this fruit is also regarded as a gift of love, and is said to symbolise eternity.

This jewel supposedly has the ability to illuminate even the darkest of rooms; it is written that Noah used the gem to light the inside of the ark. Another story tells of an old widow who, upon finding an injured crow in her garden, spent months nursing it back to good health. The widow became very attached to the bird and when the bird was fully recovered, she wept as she reluctantly released it. After several weeks had passed, while in her bed one night, the bird flew into her room and placed a large red Garnet at the side of her bed: the gem was said to have filled her room with light.

There are many other legends that involve Garnet’s mystical lighting and brightening capabilities (known technically today as fluorescence). For example, it has been suggested that Eastern Indians rubbed Garnet gemstones on themselves in belief that the gem’s glowing qualities would be transmitted into their glowing wellbeing. Several cultures have finely ground Garnet and heated it to act as a medicinal remedy for illness. Some healers continue to use it today as a cure for nightmares.

When studying the myths and legends surrounding Garnet, whether it be stories relating to the Aztecs, Romans, Egyptians, Native Americans or British Royalty, there is one theme common in all civilisations, across all periods of recorded time: Garnet is the ultimate gift of love.

Today the gem continues to be a symbol of love, passion, eternity and warmth.

Gorgeous Garnets - The Birthstone for January 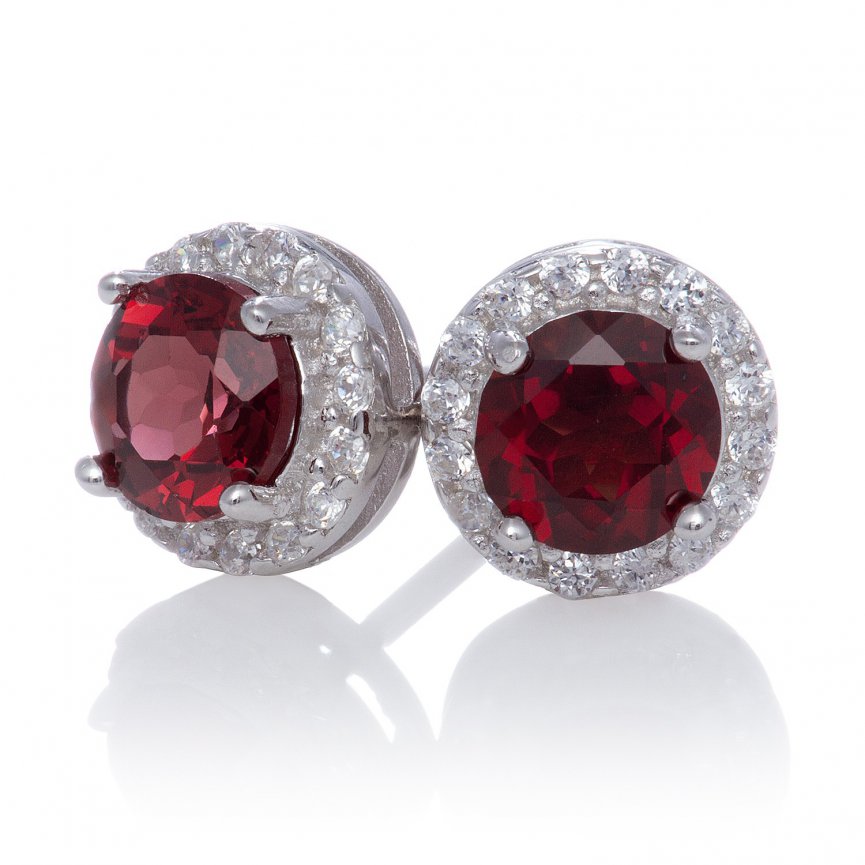 Garnet is our stone of the month this 2017, being the birthstone for January. This deep and rich coloured stone is the perfect gift for a January birthday, or for a second anniversary with the one you love. Garnet's are used as a symbol for both these events, so why not buy a beautiful garnet 3 stone ring to gift for every day wear or for a special occasion?

Let her flaunt in style at her January birthday event with one of our classic garnet necklace pendants. This means she can add a red sparkle to her outfit, making a statement but with a minimalist feel. Whatever Garnet gift you have in mind, we will provide you with the perfect piece to suit her style this January. Browse our wide selection of new and pre-owned Garnet pieces online here and start shopping for the occasion.