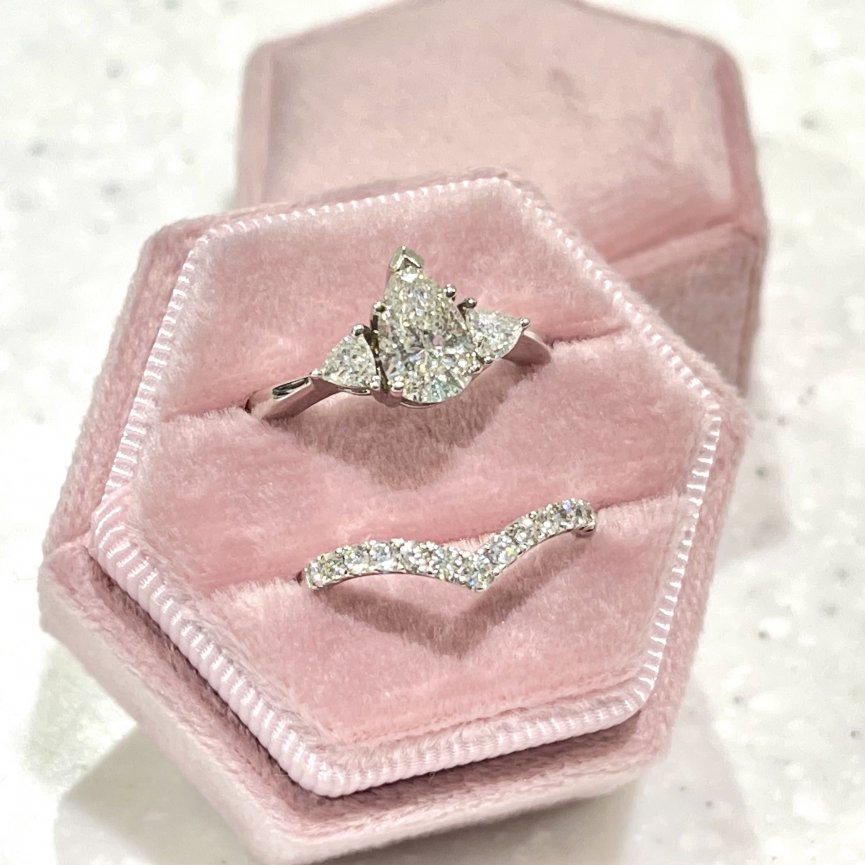 Our all-time favourite gemstone, diamonds are April’s birthstone for those lucky enough to have an April birthday.

Formed deep under the Earth’s crust billions of years ago, diamonds are amongst the world’s most sought after treasure. We’ve adored and adorned diamonds for centuries, believing they’re the ultimate gift and symbol of eternal love. The Ancient Romans believed Cupid's arrows were tipped with diamonds; this connection is possibly the earliest association people made between diamonds and romantic love!

The word “diamond” comes from the Greek word “adamas”, meaning invincible or indestructible. Due to the fact only a diamond can cut another diamond, the name seems very fitting.

A diamond is already ‘rather old’ and we do many pre-owned pieces of diamond jewellery, giving you amazing value for money. All our secondhand jewellery is cleaned and polished and we aim to make it look like new. Click here to browse our diamond collection! 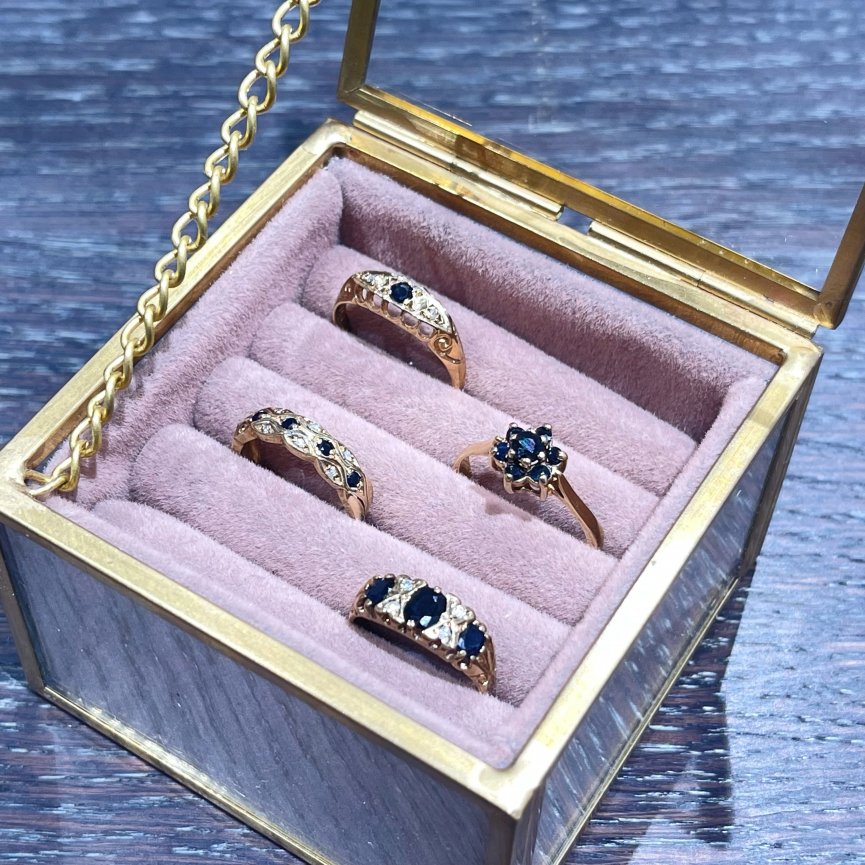 One of the rarest gemstones in the world, sapphire is the birthstone of September. Whilst sapphires are most known for their rich blue colour, they come in many other colours of the rainbow, such as purple, yellow, pink and even green! However, it's the royal shade of blue that is favoured by many.

Sapphires have been a treasured gemstone for centuries and have been extremely popular since the Middle Ages. They have most often associated with royalty; many medieval kings wore sapphires as they believed that the gems would protect them in battle. Princess Diana’s 12-carat sapphire engagement ring (which is now worn by Princess Kate) is the most famous royal sapphire of our time.

Sapphires are among the most durable naturally occurring elements in the world. On Mohs Scale of Hardness, sapphires score a 9 out of 10, second only to diamond. For this reason, sapphires are one of the few gemstones that make great alternatives for engagement rings. Due to its durability, sapphires are also used for industrial purposes. The Apple Watch Series 3 features lab-created sapphire crystal in the screen to make it more scratch resistant, as do several Swiss watch companies.

The sapphire represents wisdom, loyalty and nobility. It has been used to protect against negative energies, as well as calm the mind, strengthen intuition, and invite spiritual clarity.

Whether you're a September baby or looking to add a sapphire to the collection, we have a wide range of sapphires to choose from!

One of the four precious gemstones, Emeralds have been admired for their beauty and bold green colour for millenia. Not only is Emerald the birthstone for May, it is also the anniversary gemstone for 55 years of marriage, symbolising passion, loyalty and love.

The oldest emeralds are around 2.97 billion years old, but the first known emeralds were mined in Egypt in about 1500 BC. The gemstones were famously favoured by Cleopatra and featured in many of her royal adornments. Mummies were often buried with emeralds, although some of these stones have been analysed in recent years and were found to be examples of peridot.

Whilst Emeralds can be found all over the planet, 50% of emerald production takes place in Colombia. For generations, it has been believed that Emeralds are associated with enhancing clairvoyance; it was believed that placing one under the tongue can aid with seeing the future.

Emeralds were popular red-carpet fashion in the days of Elizabeth Taylor but were not popularised again until Angelina Jolie wore a pair of emerald earrings on the red carpet of the 2009 Oscars.

Click here to browse our collection of new and secondhand emerald items.